We purchased this 19th century Mc’Cray ice box from a private client in New York.

It was originally used as large domestic ice box within a substantial residence. The ice block was placed behind the centre top door and refrigerated the rest of the fridge for many days. The melted water was collected in a tray daily, placed behind the flap at the base of the ice box, which can be clearly seen in the images. It retains all of its original door furniture and shelving. Over the years the fridge has been painted several times and most recently an attempt has been made to strip this paint from all six doors and partially on one side. This in a way has only enhanced the historic and aesthetic feel of such an ancient piece of domestic furniture. 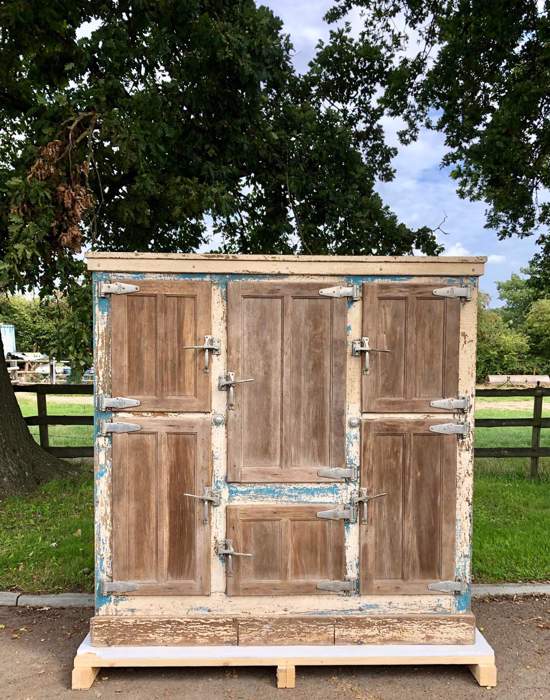 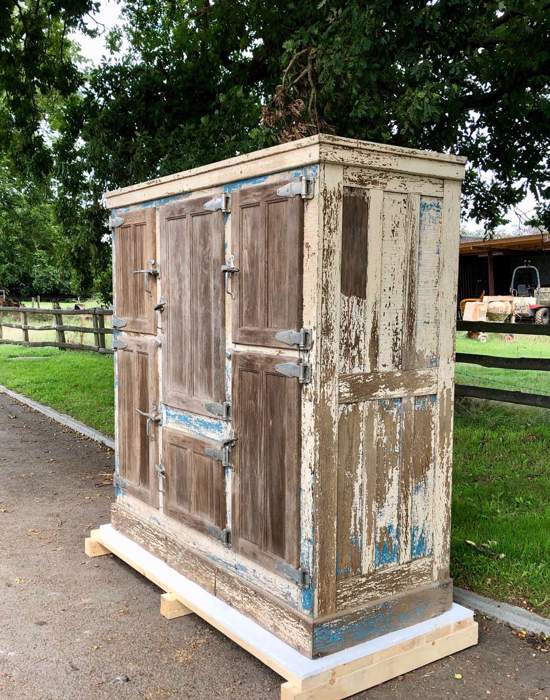 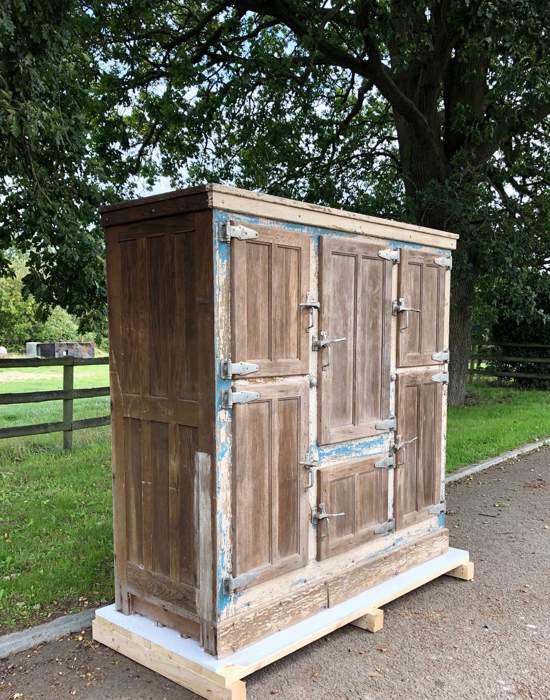 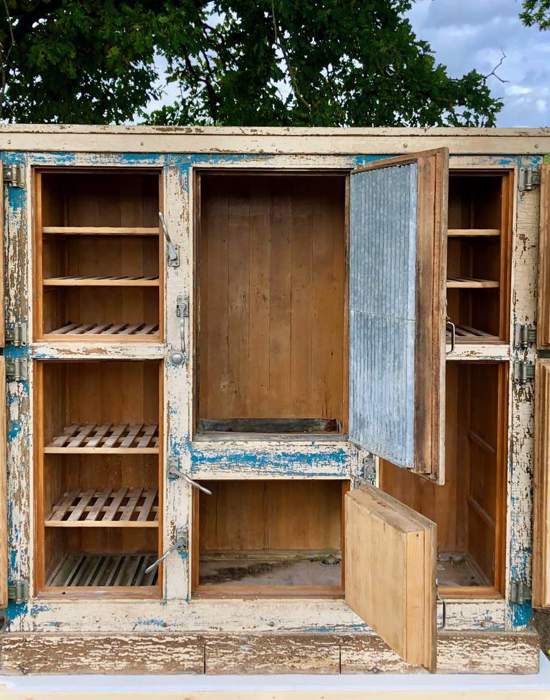 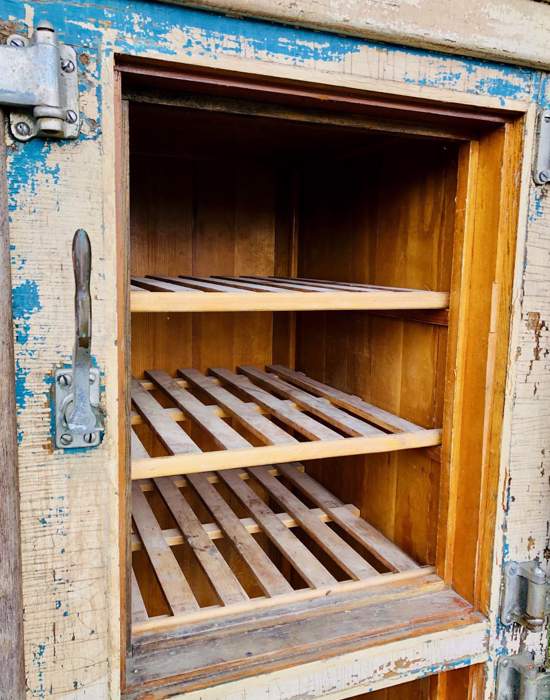 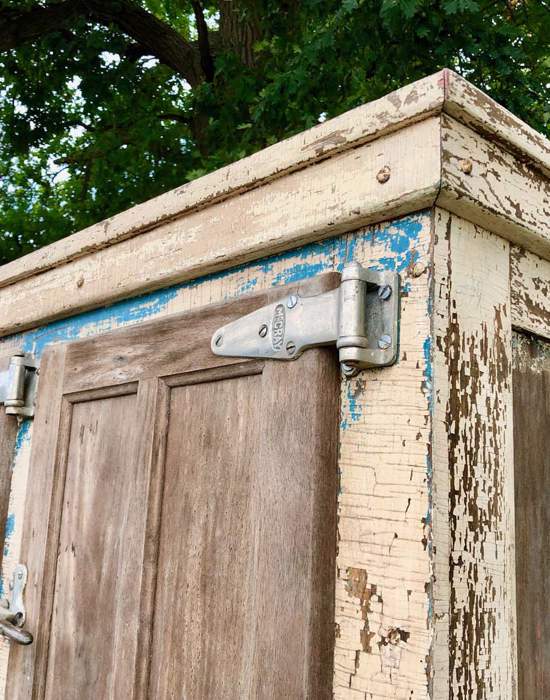 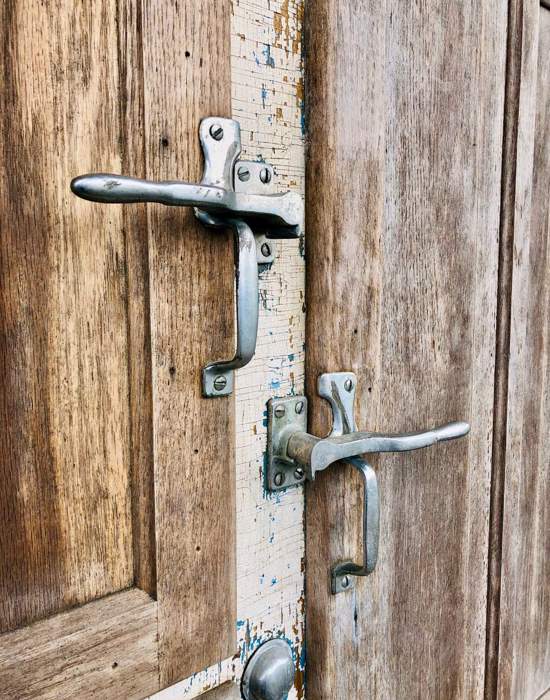 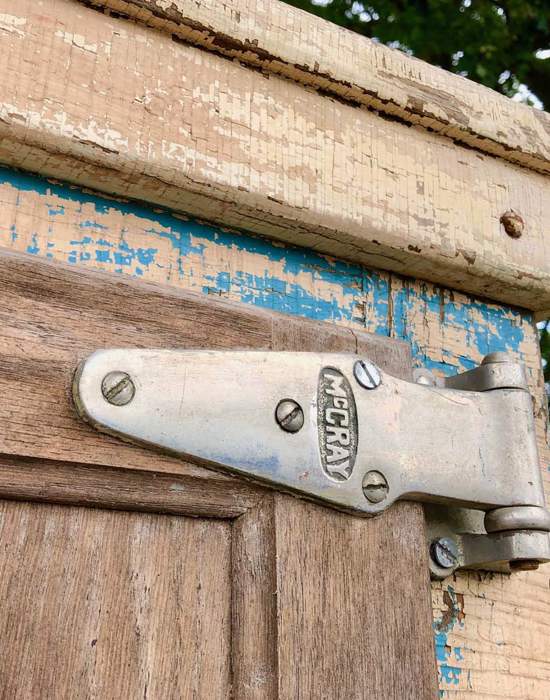 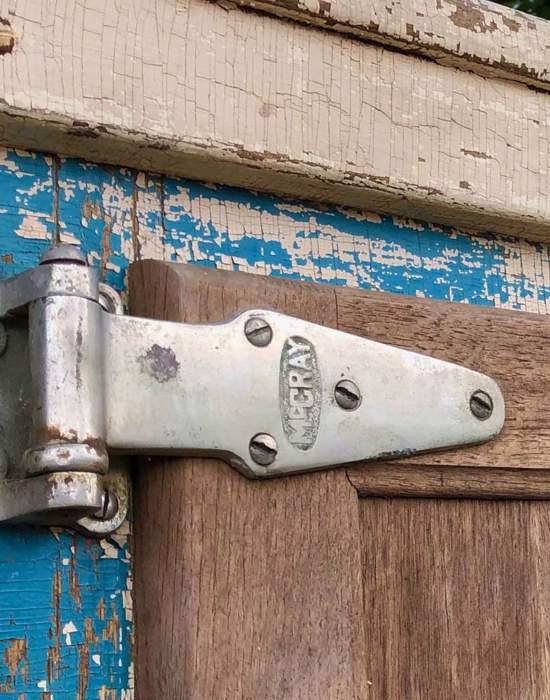 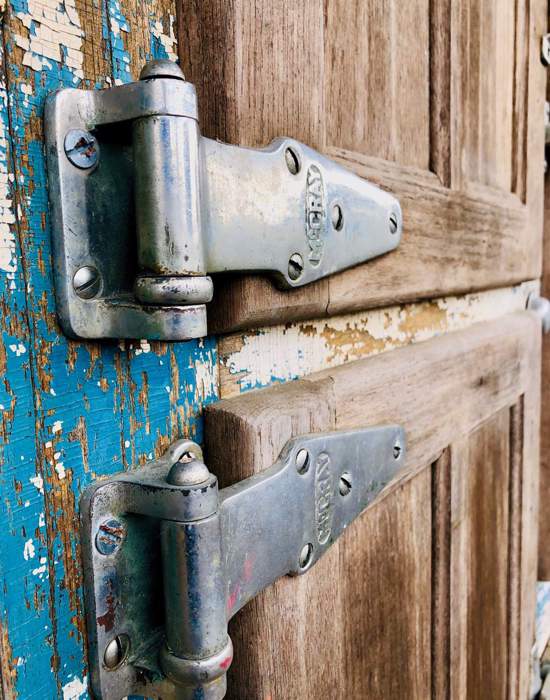 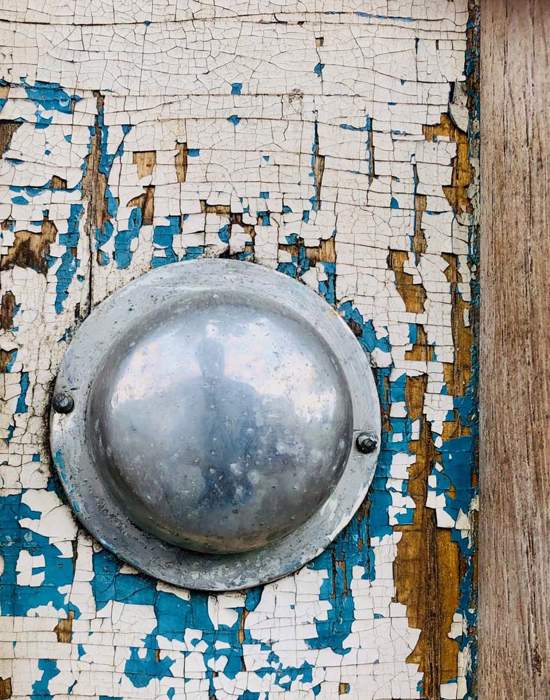 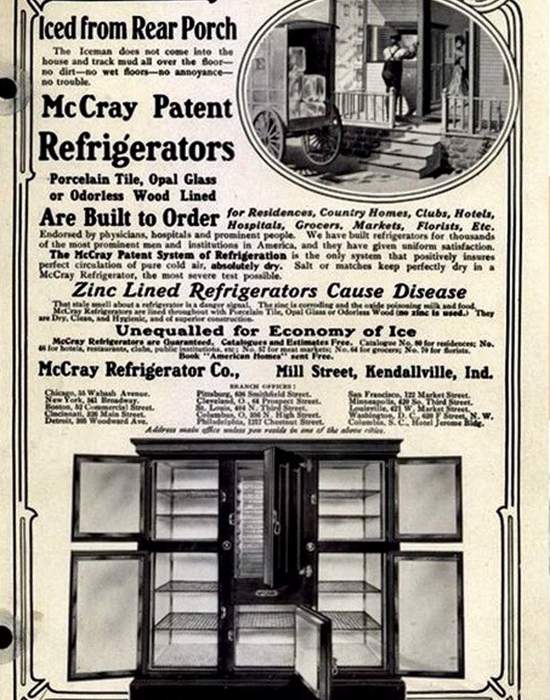