The international trade in ice was started by Frederic Tudor of Boston, known as the Ice King.

In 1806 he shipped 80 tons of ice to Martinique in the West Indies. By 1847, 52,000 tons were sent to 28 cities across the USA by Tudor as well as Cuba, Jamaica, Brazil, Europe (there was an 'ice safe or refrigerator' at the 1851 Great Exhibition from the Wenham Lake Ice Co in Massachusetts) and even India (Calcutta became Tudor's most profitable destination), and by 1900 nearly every family, grocer and barkeeper in the USA had an icebox.

During the early 1900s domestic electric refrigerators became available, and by the 1940s they were common in US homes.

Ice was shipped to its destination city or town in block form to be kept in an icehouse and then hawked in block form street by street. The refined form of icebox as kitchen furniture or appliance was invented between 1850 and 1860 and remained in production in a similar form until the advent of the electric fridge in the 1940s.

The iceboxes are hardwood cupboards with inner linings of tin or zinc insulated with material such as cork, sawdust, rice husks, straw or seaweed, some with glazed cupboard doors, built to house blocks of ice on an upper shelf, allowing cool air, and often iced water, to flow through the lower food and drink cupboards below.

The Brazilian geladeiras were manufactured for restaurants and bars in Rio de Janeiro and Minas Gerais, made from peroba do campo timber, also known as ipe, a hardwood similar to mahogany, which is insect resistant, has medicinal properties, and was famously the species used for creating ten mile long boardwalks in Coney Island and New Jersey, possibly the result of the ice trade.

The European fridges that we refurbish are usually made from oak or pine again these were mostly manufactured for bars and restaurants, however, some of our smaller items detailed on our stock pages were originally for domestic use. 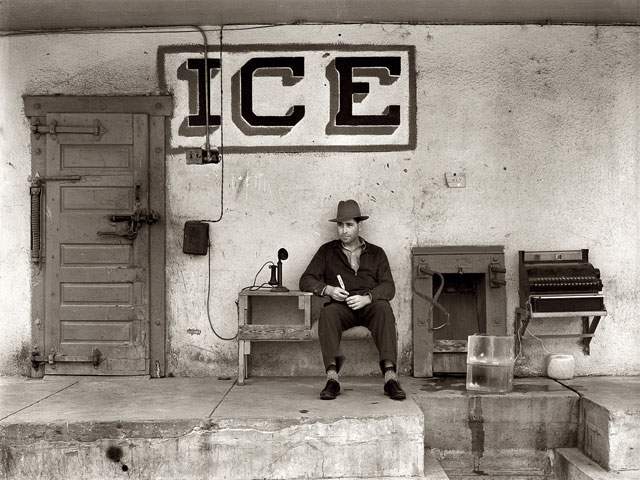 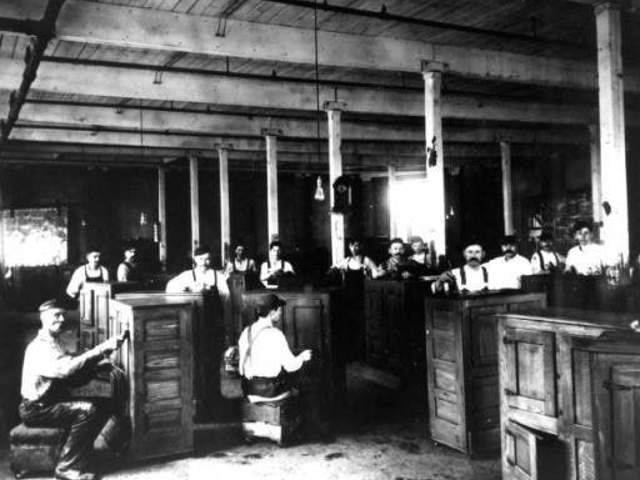 Pioneers of Refrigeration for all

The "Lig-o-nier” ice box company was located in Indiana and founded in 1890, it was one of the first companies to bring refrigeration to the masses, with a range of different style and size ice boxes. 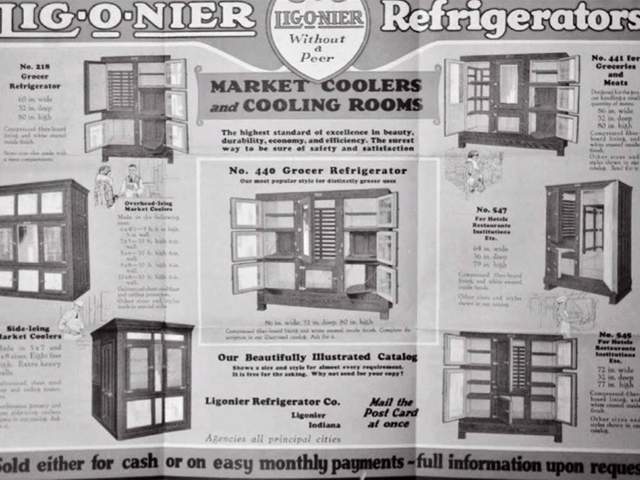 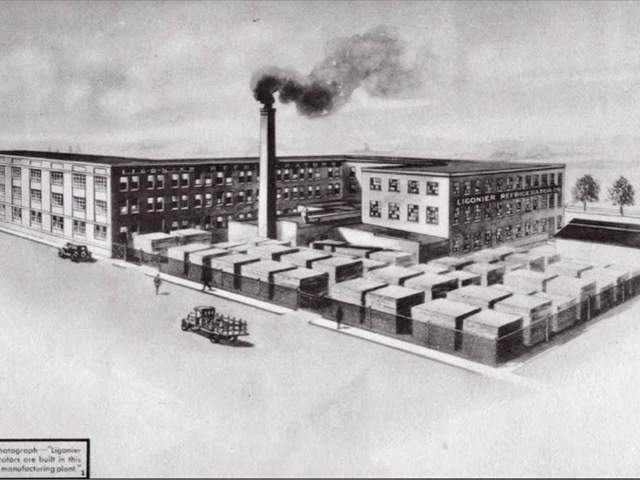 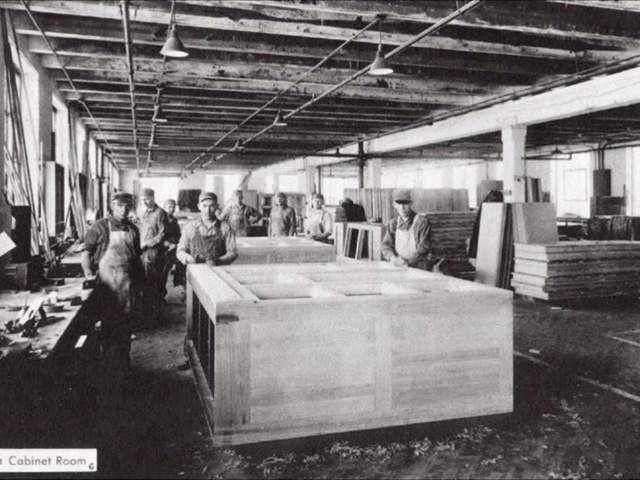 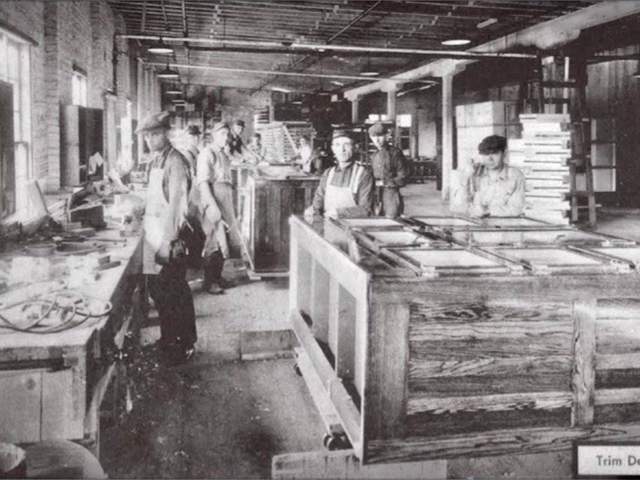 The Mc’Cray family are believed to be the inventors of the commercial and domestic refrigerator / ice box. In 1882 Elmer Mc’Cray received a patent for his companies cold storage room. He continued to improve on this patent, developing refrigeration units for both the domestic and commercial use.

The McCray Company remained in Kendallville, Indiana for almost eighty years until 1975, when it merged with Howard Refrigeration of Philadelphia, Pennsylvania and moved to that city. Howard McCray remains a leading manufacturer of commercial refrigeration units in the U.S. 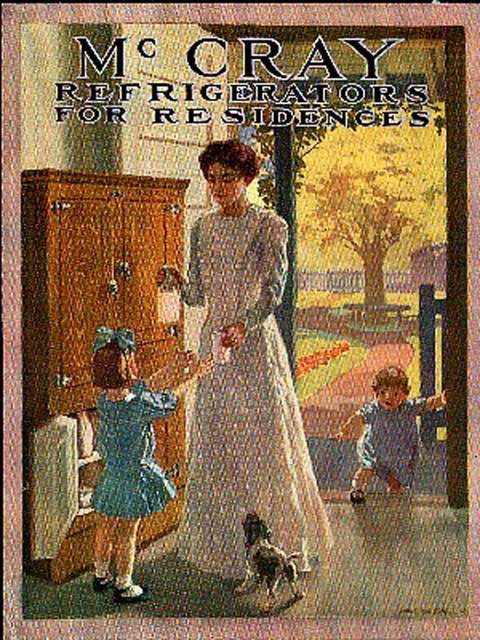 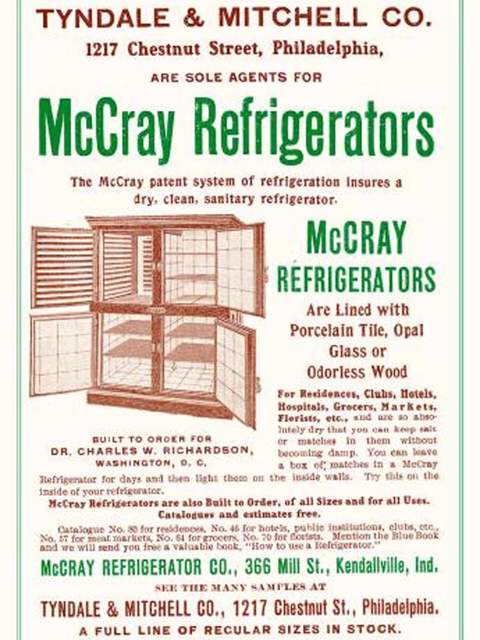 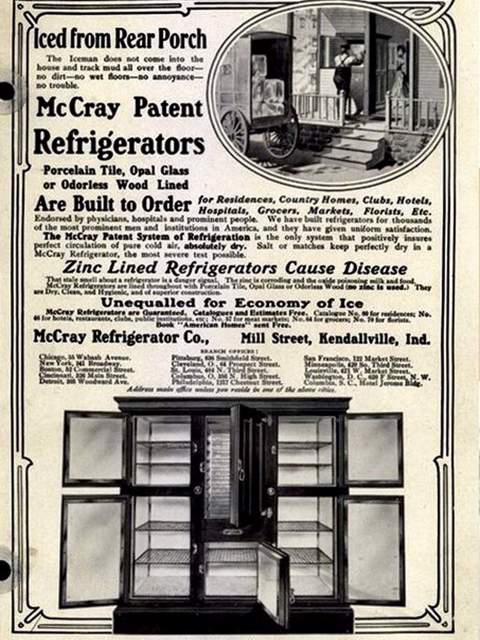 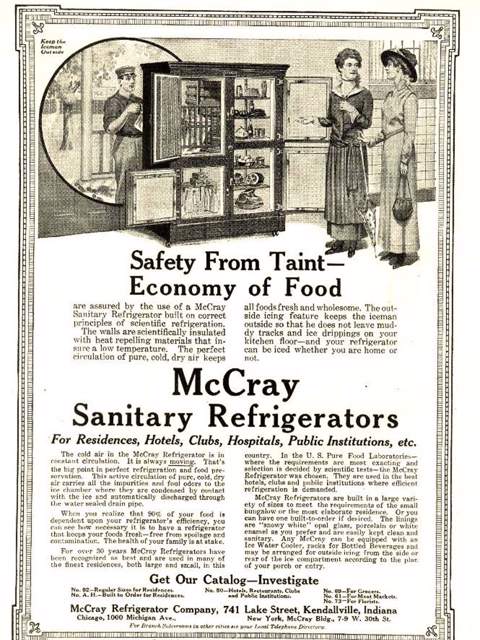 About the Company
Renovation Process
Back to Top